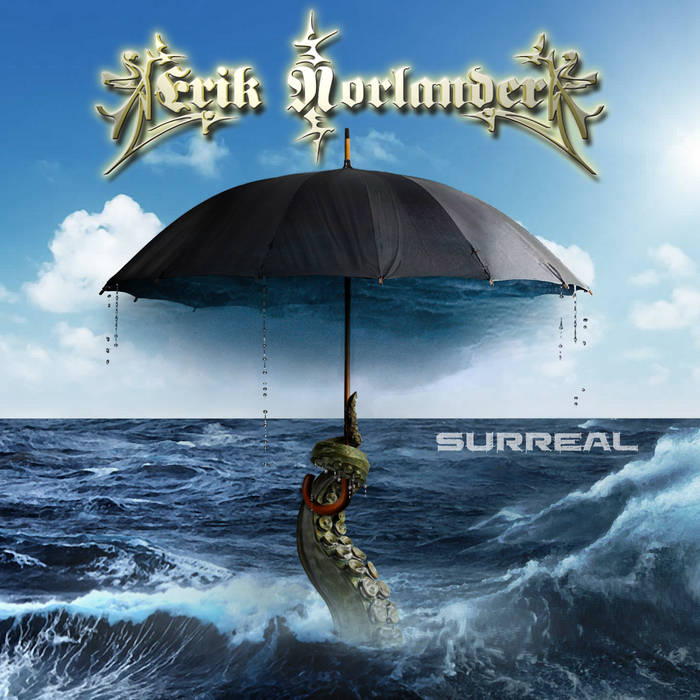 Pie Erik is America's Keith Emerson, with the added bonus of having songbird par excellence Lana Lane close at hand.

You'd do well to acquaint yourself with Erik, Lana and Rocket Scientists.

Surreal is the new full-length visionary album from California keyboardist, Erik Norlander. After two recent highly-acclaimed releases with his Rocket Scientists project, Norlander now presents the follow-up to his 2009 solo epic, The Galactic Collective, released in several forms including a live DVD/CD set. Surreal continues in that spirit with traditional rock band instrumentation fronted by Norlander’s own timeless, signature keyboards. Surreal gives both a nod to the past and puts an eye on the future with lush analog soundscapes, real living human grooves and unforgettable melodic lead work that will keep the songs playing in the listener’s head long after the music stops.

Like The Galactic Collective, Surreal is mostly an instrumental affair with 5 tracks driven by keyboard and guitar melodies. But there is a sixth song, the title track, that features vocals by Norlander’s chanteuse spouse, Lana Lane. Norlander writes in the album liner notes, “If there is only going to be one vocal track on an album, it had better be great, right? The vocal range of ‘Surreal’ is rather wide, going from ballad-like warm lows to stadium-inspired powerful highs. And I think as Lana performs these vocal acrobatics in such an honest and skillful storyteller’s style, you don’t even realize the register shifts as they are happening.”

Surreal employs the same rhythm section of The Galactic Collective with Mark Matthews on bass and Nick LePar on drums. The two have toured with Norlander extensively in the 7 years since The Galactic Collective was released and have become an essential element of Norlander’s signature style. Another familiar face is percussionist, Greg Ellis, who played on 3 other Norlander solo albums including his 1997 debut, Threshold. “There’s actually a real thread of continuity with Greg,” says Norlander. “Since The Galactic Collective re-recorded existing compositions, Greg is really the percussionist on the last album of ‘new’ music released under my own name, Seas of Orion, 12 years ago back in 2004!”

Ellis also played on the epic 2014 Rocket Scientists instrumental track, “Traveler on the Supernatural Highways.” And to make the Rocket Scientists connection complete, Surreal also features Don Schiff on cello and NS/Stick and Mark McCrite on acoustic guitar. Surreal also highlights the guitar work of the always-in-demand Alastair Greene and Jeff Kollman, two of Los Angeles’ finest axemen and stellar musicians that Norlander has worked with on other projects. All three guitarists, Greene, Kollman and McCrite toured with Norlander’s band in recent years ahead of this album’s recording, and the well-defined interplay between guitar and keyboards is evidence of that finely built foundation.

This album was recorded between August and December 2015.