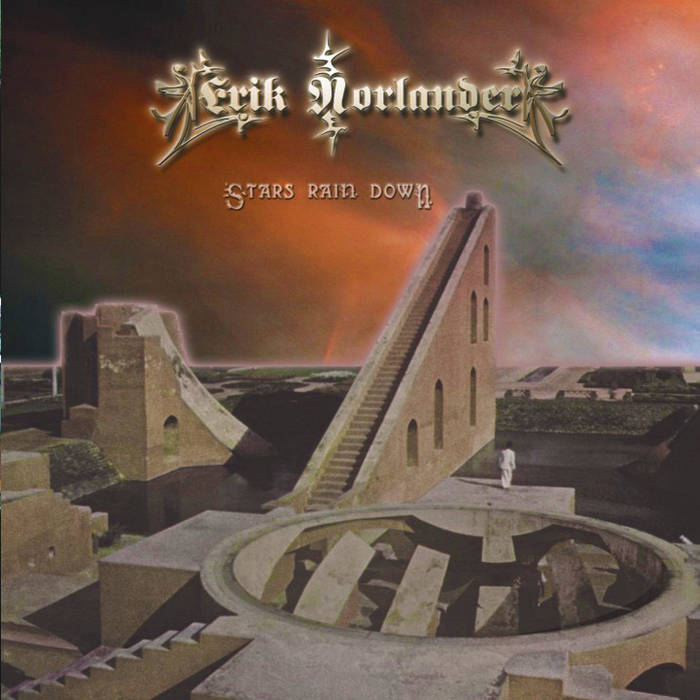 From the original 2004 liner notes:

This album was recorded in Europe on tours spanning a period of three years. The highway to here has been long, sometimes arduous, but always full of wonder and fascination. Even in the most stressful moments, I never forget that I have the best job in the world. I have been lucky enough to travel the world playing rock 'n' roll, first in 1997 with Rocket Scientists, then in 1998-1999 with Lana Lane, and most recently since 2001 with the lengthily monikered live project, "Lana Lane and Erik Norlander", a joint effort with my wife where we play music that spans our complete recorded catalogs.

What started off as a simple vehicle to go out and deliver live performances of the songs from both Lana and myself utilizing a single versatile backing band of international musicians has grown into an annual touring tradition and one I look forward to each year. As I write these liner notes, I am on the eve of a series of solo U.S. summer dates followed immediately by a fall 2004 European Tour of "Lana Lane and Erik Norlander". I am truly anticipating these dates like a kid wishes for Christmas.

Not only is it a joy to travel while playing the music I love, it is a further privilege to work with this exceptional group of musicians that are kind enough to share both the stage and their talents with me:

The name Lana Lane is familiar to just about anyone who knows progressive and symphonic rock, and she is without a doubt the world's leading female rock vocalist. It was music that brought us together way back in 1987, and it is our good fortune to have kept on making beautiful music together in all the years since. On this album, Lana delivers powerful live renditions of her Into the Sunset tracks, the kinetic rocker "Fly" and the sultry bridge of "Rome is Burning". In addition, we have the delight of hearing Lana's interpretations of "Lost Highway" from the Music Machine album and "Oblivion Days" from the Rocket Scientists album of the same name. And let me not forget Lana's haunting harmonies on "Beware the Vampires" that are executed so transparently you hardly notice that this is a different voice than the lead which sung by Kelly Keeling.

And speaking of Kelly Keeling, I must quote Kelly's words about our collaboration, "We were meant to be on the same planet." I had done some sessions with Kelly in recent years, but it was bassist Tony Franklin that urged me to consider Kelly for the role of the narrator on my 2003 rock opera, Music Machine. From the moment Kelly sang the first line of the title track, "Music Machine", I was hooked. I knew I had found the "voice" of Erik Norlander. The Music Machine sessions were a huge success, and so I naturally wanted to hear Kelly sing some of my other music. I brought him in to record a version of my Rocket Scientists song, "Mariner", a track that I sang myself back in 1995 on our Brutal Architecture album. Kelly's interpretation was stunning, to say the least, and that was the catharsis for bringing Kelly to Europe for the 2003 "Lana Lane and Erik Norlander" tour. As you will hear on this disc, Kelly delivered "Mariner" with his own astounding interpretation along with powerful performances of the Music Machine songs, "Beware the Vampires", "One of the Machines" and "Heavy Metal Symphony", and the Into the Sunset track, "Rome is Burning". That last one is not a vocal mission to approached casually. Not only did Kelly survive it, he conquered it.

Hey, have you ever seen anyone play a bass and a guitar at the same time? That sentence has become a running joke with Don Schiff, my favorite Stick figure, but that's really a great way to describe what he does with these very unique and creative instruments. Don was the first musician to record and tour with the NS/Stick, and it that original instrument that appears here on this CD. While the Chapman Stick is predominantly a tapping instrument, the NS/Stick allows Don to utilize numerous techniques from traditional bass playing (check on Don here on the Threshold album favorite, "Neurosaur", originally played on Rickenbacker 4 -string bass) to right hand chordal voicings ("One of the Machines") to his own very recognizable "Slide Stick" invention as evidenced by his beautiful solo in the first breakdown of the Music Machine opus, "Sky Full of Stars". Don has toured and recorded much with me over the years in many band configurations including Rocket Scientists and Lana Lane as well as solo outings, and he is always inventive, ever visionary and of course a general joy to be around.

Another general joy to be around is guitar wunderkind Peer Verschuren. Okay, maybe he's not a "kind" anymore, but he is definitely a "wunder". I have played with an awful lot of guitarists in my career (happily not a lot of awful guitarists), and I have found that most them lock into one particular style better than another. One particular recurring issue seems to be the inherent musical conflict between metal music and progressive music. There are those that play metal well. There are those that play prog well. There are those that are masters of the subtle and sublime, and then there are those that are louder than an airport runway during the holidays. Seldom is there a meeting of two. But meet Peer Verschuren. He does it! From the sensitive chordal rhythm accompaniment of "Lost Highway" to the amp-on-11 blazing solo of "Heavy Metal Symphony", Peer gets it. Here's a musician full of sound and fury signifying MUCH.

I have also been lucky enough to play with two drummers who are truly virtuosos. And both of them from Holland! How such a small country grows these monster drummers is beyond me. Must be something in the water. (Did you notice how I didn't mention anything about cheese or dikes? That's willpower.) Ernst Van Ee had the unenviable job on the last tour of playing a collection of songs that we had previously recorded with no less than six other drummers. My instructions to the drummer are always "Play the parts, but play them like YOU, not like the guy who played them before you." Ernst rose to this challenge like the star that he is, and you can hear him deliver a range of material from the Into the Sunset metal anthem "Rome is Burning" to the Music Machine space ballad "Sky Full of Stars" to the Brutal Architecture vintage prog epic "Mariner". Another Dutch master is Ed Warby whose double bass technique is more solid and consistent than a fine Rolex watch. Check out the drums on "Fly" and you'll see what I mean. Ed also traverses some serious prog-fusion peaks and valleys in the aerobic "Neurosaur" and then bashes away with maximum heavy metal intensity on the martial "Oblivion Days".

These fine musicians have helped me capture a very wide range of music taken from five fairly different studio albums. When you wonder about the oceans of difference between a song like "Rome is Burning" and one like "Neurosaur", well that's just me. In my view, that's what prog is all about. We're not just going to go out and play Yes songs. Yes does those very well, and they don't need my help. So I'm trying something different out here on the lost highway. May you savor the journey, and keep a close watch on the sky as Stars Rain Down!