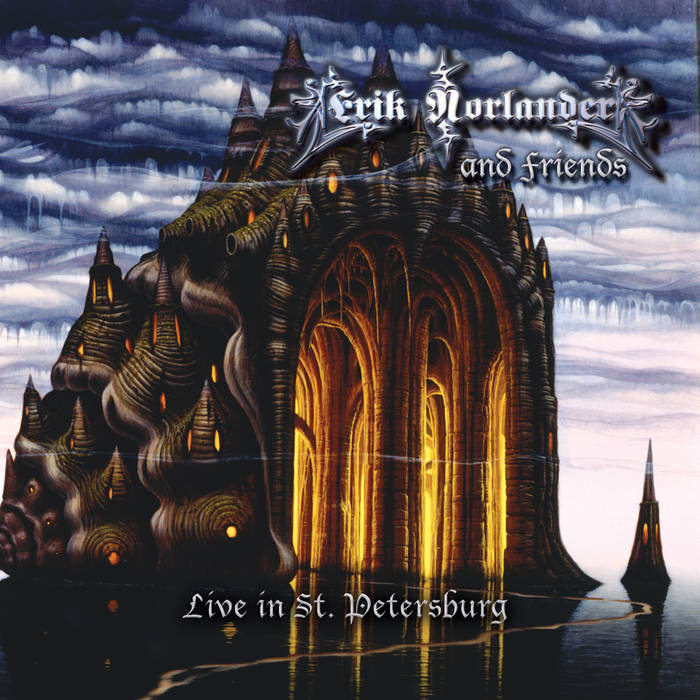 Master keyboardist and prolific composer Erik Norlander is proud to announce the release of this digital album documenting his 2004 landmark concert in St. Petersburg, Russia, the pinnacle conclusion to a lengthy tour that began in California, moved east across the US and Europe and concluded in the Russian northern capitol. The digital album contains 2 bonus live tracks recorded in Hamburg, Germany earlier on the tour plus 2 bonus studio tracks including a soaring cover of "From Russia With Love" with the iconic vocals of Norlander's wife, Lana Lane.

"Erik Norlander and Friends - Live in St. Petersburg" features the vocals of Lana Lane along with the now familiar voice of Kelly Keeling who appeared previously on Norlander's "Music Machine" (2003) and "Stars Rain Down" (2004) CDs. Keeling also plays bass in the concert ably switching between fretless and fretted basses throughout the show. Joining Norlander, Lana and Keeling on stage are the Dutch musicians Peer Verschuren on guitar and Ernst Van Ee on drums who toured together with Norlander and Lane for several years from Europe to Japan. Verschuren and Van Ee have been previously featured on Norlander's "Stars Rain Down" album and also appear on the recent Lana Lane titles, "Lady Macbeth" and "10th Anniversary Concert" (both 2005). Like Kelly Keeling, Peer Verschuren was also a prominent contributor to Norlander's 2003 rock opera, "Music Machine", so it is no surprise that many tracks from this masterwork have found their way into the St. Petersburg concert. The stomping rocker "Beware the Vampires", the anthemic ballad "Fallen", the sprawling space jam "Sky Full of Stars" and the unforgettably melodic "One of the Machines" are standout pieces in the concert.

"Erik Norlander and Friends - Live in St. Petersburg" also showcases Norlander's uncanny ability for re-interpreting cover songs by his favorite artists. Norlander's version of the Procol Harum classic, "A Salty Dog" moved audiences around the world with the soulful voice of Kelly Keeling delivering the lyrics with power and substance. "A Salty Dog" was brought into the set to follow Norlander's Rocket Scientists standard, "Mariner", which Keeling also takes to new heights with his soaring vocals and fluid fretless bass.