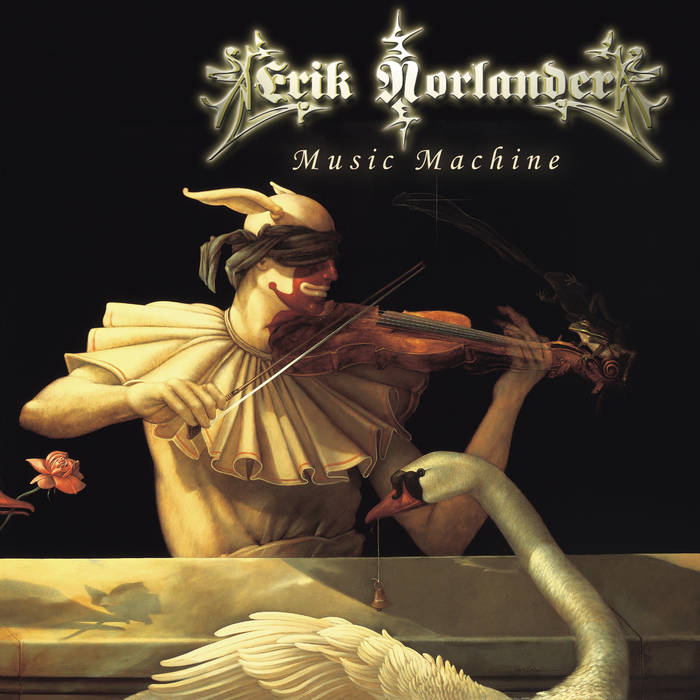 Erik Norlander has created some of the most enchanting rock music in recent years appearing on over 25 albums since 1993 with his diva spouse Lana Lane, his band Rocket Scientists, his own solo albums and guest appearances on CDs by Mark Boals, Ayreon, Star One, Neil Citron and many others. Erik's evocative synthesizer technique is reminiscent of the legendary Rick Wakeman, Keith Emerson and Jon Lord while still very unique and forward &endash; moving in its own right. Erik takes many of the classic riffs and phrases of his hero masters and reinvents them with highly emotional pitch bending, vibrato and authoritative phrasing. This technique combines brilliantly with Erik's mastery of sound and production. Erik has personally led sound design efforts on several major brand synthesizers, and his knowledge of synthesis and audio engineering are second to none. Erik's perpetual live use of vintage instruments such as Hammond organ and Moog synthesizer give his concerts a depth and authenticity of sound seldom seen in modern stage productions.

Prior to his Music Machine rock opera, Erik also recently completed a massive project as the executive producer for the the Line 6 GuitarPort, an interactive computer product, where he recorded over 200 new versions of classic rock and blues tracks (from Led Zeppelin to Elvis) working with legendary artists such as Jason Bonham, Simon Phillips, Vinny and Carmine Appice, Leland Sklar, Robben Ford, Double Trouble and scores of others.

Erik Norlander was born in 1967 in Hollywood, California. He grew up in Los Angeles studying both jazz and classical music on several instruments from a young age through his years at the university where he also graduated with a degree in English Literature. Erik lists his keyboard influences as Rick Wakeman, Keith Emerson, Mike Pinder, Geoff Downes, and even Geddy Lee! Erik lists his production influences as Alan Parsons, Jeff Lynne and Bob Ezrin. His favorite bands are Yes, ELP, ELO, King Crimson, Procol Harum, Jethro Tull, Pink Floyd, Deep Purple, Black Sabbath, Led Zeppelin and Blue Öyster Cult. While clearly a prog rocker, Erik is surprisingly quite adamant that he prefers melody over flashy playing and strong songwriting over artsy meandering.

LINER NOTES FROM RICK WAKEMAN
From the 2003 CD booklet:

In the current music scene of the early 21st century, there is a genuine lack of true honesty from composers and performers alike as though we are all influenced by what goes on around us. I truly believe that at the end of the day, composers should stand and fall by their own decisions and their own beliefs in how their music should be performed and how it should sound.

Thankfully Erik Norlander does not come into this category and has always been his own man. I have been very familiar with his work for many years now, and he has an individuality that is very refreshing and helps his work to stand out in the world of progressive rock music.

I am a great fan of concept albums, and I have always believed that a true prog rock album has to have a concept in order to achieve it's own fulfillment. It was therefore a pleasure to be allowed to preview this quite remarkable 2 CD set and to note from the outset that there was a great story line to follow and musical themes to match.

On the subject of themes, Erik has filled the CDs with strong thematic elements and has managed to achieve a balance that some people might consider to be impossible, by using a multitude of different musicians on the various tracks, but has managed to keep overall continuity mainly through the great keyboard playing acting as a catalyst which bonds the whole suite together.

In true prog rock style, this is not music to be listened to once and then neatly placed in the CD rack somewhere. It will take numerous listenings in order to absorb all the intricacies and nuances that appear throughout. This is perhaps for me one of the joys of this music. I love to think that every time I play the album I know I will be able to catch something that somehow slipped by my ears on the previous listening. There is pretty much everything here as regards musical style from hard rock to gentle, almost new age nuances.

It takes a brave man these days to stick by his musical beliefs. Erik has somehow always managed to achieve this and long may he continue to do so. It's nice to know that there are still talented musicians and composers willing to stand by their musical beliefs. As this 2 CD set is so musically absorbing, perhaps the only problem I can see for Erik is ... where on earth does he go from here!!!